THE HISTORY OF BALINTAWAK ESKRIMA 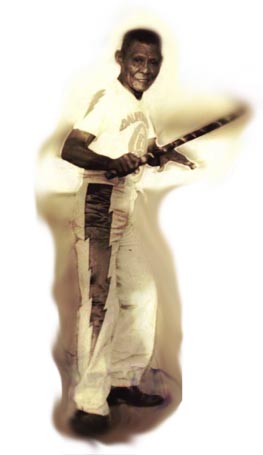 Eskrima, arnis, kali, kalirogan or garote as it is variously know in a polyglot country like the Philippines, is an art indigenous to the Filipinos. It is not copied, rehashed or borrowed from anything foreign. It was developed. by ancient Filipinos, who fought with rattan sticks, balisong, kris, pinute, kampilan and bolo knives. That was before the advent of gun and European cannons. Its history is imbedded deep way back into the pre-historic Philippines.

Eskrima was used to repel early Spanish invaders including battles with Ferdinand Magellan's forces, as recorded by Magellan historian and chronicler Pigafetta. It was a sport of Philippine national hero Jose Rizal and other heroes like General Gregorio del Pilar, Marcelo H. del Pilar, Antonio Luna and Andres Bonifacio. In Bobby Taboada's exposure to the Masters, he learned the history of the BALINTAWAK CLUB in relation to the other eskrima clubs in Cebu. That it was the Great Grandmaster "Ansiong" Bacon who was the acknowledged master of the art way back in the 1930's and that the latter-day masters were his students.

In Balintawak eskrima the stick is used as the primary training tool to familiarize the students with weapons and blows. It is believed that familiarity in confronting weapons reduces fear and panic in actual combat. It is a combat both with weapons and bare hands. The theory is that the stick is only an extension of the arm and that the human body can only move in so many normal ways. This the development of certain basic blows to illustrate the source and direction of blows. Beneath the wide swinging, flashy and visible blows are the sophisticated secret moves, dynamics in balancing, holds, parries, clips, ruses, feigns, tripping, sweeping, kicking, trapping, reversals of motion and direction, blows with simultaneous offense and defense and a myriad of combination blows with the stick, fist, elbow, knee, foot or head butt. There is no limit on where and what to hit except in friendly workouts where injury is avoided and safety is imposed. As a matter of fact, what is considered foul in many arts, is what is taught and mastered in Balintawak. It is combat, street fighting and self-defense. In Balintawak, the student is taught that there is a counter to every counter and that continuous research and discovery is the basis of knowledge. The comes the training and workouts, where only those with the fastest reflex, coordination and agility will prevail. There is no emphasis on acrobatic, strenuous and abnormal movements of the human body. It is an art that can be practiced by children, women and older men. Eskrima does not claim to know it all. Bobby strongly believes that it has something to contribute to the world of martial arts. He advises to "pick one good move from any art, master it and make it a part of your arsenal at any instant and you will grow and mature in your knowledge." It is easy to hit but difficult to defend. Thus he emphasizes a strong defense for all beginners, mastery of the defensive stage of the art and then the incorporation of speed in the hand-eye coordination through reflex and flexibility in the body movement. 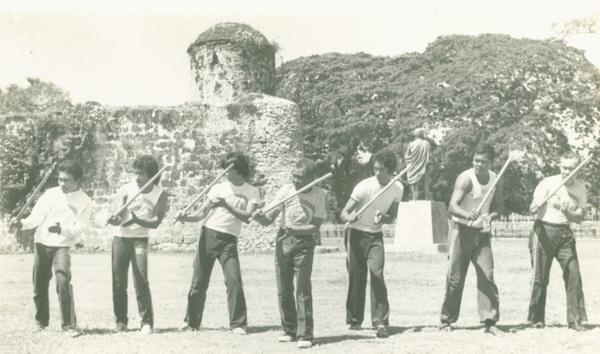